Conjugated linoleic acid (CLA) is a type of fatty acid that cannot be made in the body and must therefore come from your diet. CLA is mainly found in meat and dairy products, as it is produced by a type of bacteria (Butyrivibrio fibrisolvens) that lives in the gut of ruminant animals. Modern dietary intakes of CLA are as much as 80% lower than those obtained by our Stone Age ancestors, partly due to farming practices, and partly due to our reduced consumption of milk and meats.

These are the conjugated linoleic acid products we recommend on Amazon.co.uk and Amazon.com.

CLA helps to promote a healthy balance between body fat and lean muscle tissue. CLA becomes incorporated into cell membranes where it acts as a biological signally molecule to stimulate the breakdown of fatty tissue and increase the production of lean body mass (muscle). It is thought to do this by regulating the activity of enzymes in fat cells so that more fat is mobilised and discharged from fat stores. Once released into the circulation, the released fats act as a preferred energy source for muscle growth. The beneficial effects of CLA are sometimes described as building muscle at the expense of fat.

Researchers have found that CLA reduces the size of fat cells and it has been referred to as the ‘missing link’ in weight-loss management. Some researchers have even claimed that obesity is a CLA deficiency disease, although this is controversial.

Another way in which CLA works is through the regulation of glucose metabolism and improvements in insulin sensitivity.

Another analysis of 18 studies found that taking 3.2g conjugated linoleic acid supplements per day promoted an additional reduction in fact of 0.09kg (ie 90g) per week compared with placebo. The effect of CLA appears to be dose related, so that the more you take, the more weight you lose over the first six months. In this study, the increase in fat burning produced by CLA continued to rise in a linear fashion for 6 months, then slowly evened out by two years.

In people with central obesity, CLA is particularly helpful in reducing waist size by stimulating the breakdown of visceral fat. When 25 men with abdominal obesity took either 4.2 g conjugated linoleic acid or placebo every day for 4 weeks, those taking CLA had a significant decrease in waist size (1.5 cm reduction) compared with placebo, despite making no other changes to their usual diet and lifestyle.

The average diet supplies around 100 mg to 300 mg CLA per day, but beneficial weight loss effects require higher intakes of at least 3 g daily. Trials tend to use 3g to 6g daily, divided into two doses. Products with a strength of at least 75% CLA are most beneficial.

CLA found in supplements is produced commercially from sunflower, safflower and other oils.

Most people tolerate conjugated linoleic acid well, with few side effects. At high doses, CLA can cause intestinal side effects such as soft stools.

See the conjugated linoleic acid products we recommend on Amazon.co.uk and Amazon.com. 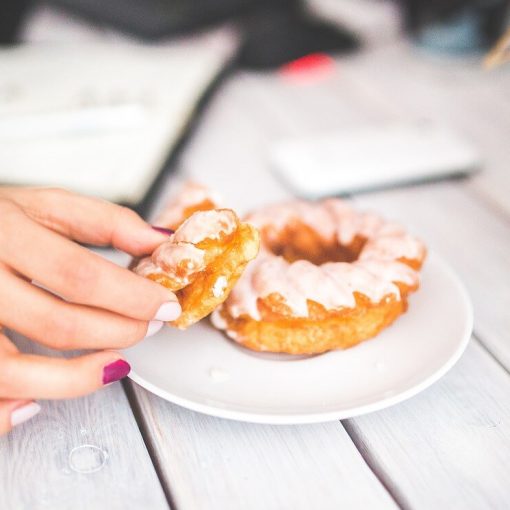 Seasonal affective disorder, or SAD, is a form of depression that, in most cases, comes on in winter months when exposure to […]

Dietary protein is your weight loss best friend. Not only does eating protein stimulate your metabolic rate so you release more energy […]

Struggling to lose weight? Here are 20 simple yet effective weight loss tips. 1 Keep a food diary   Recording what you […]